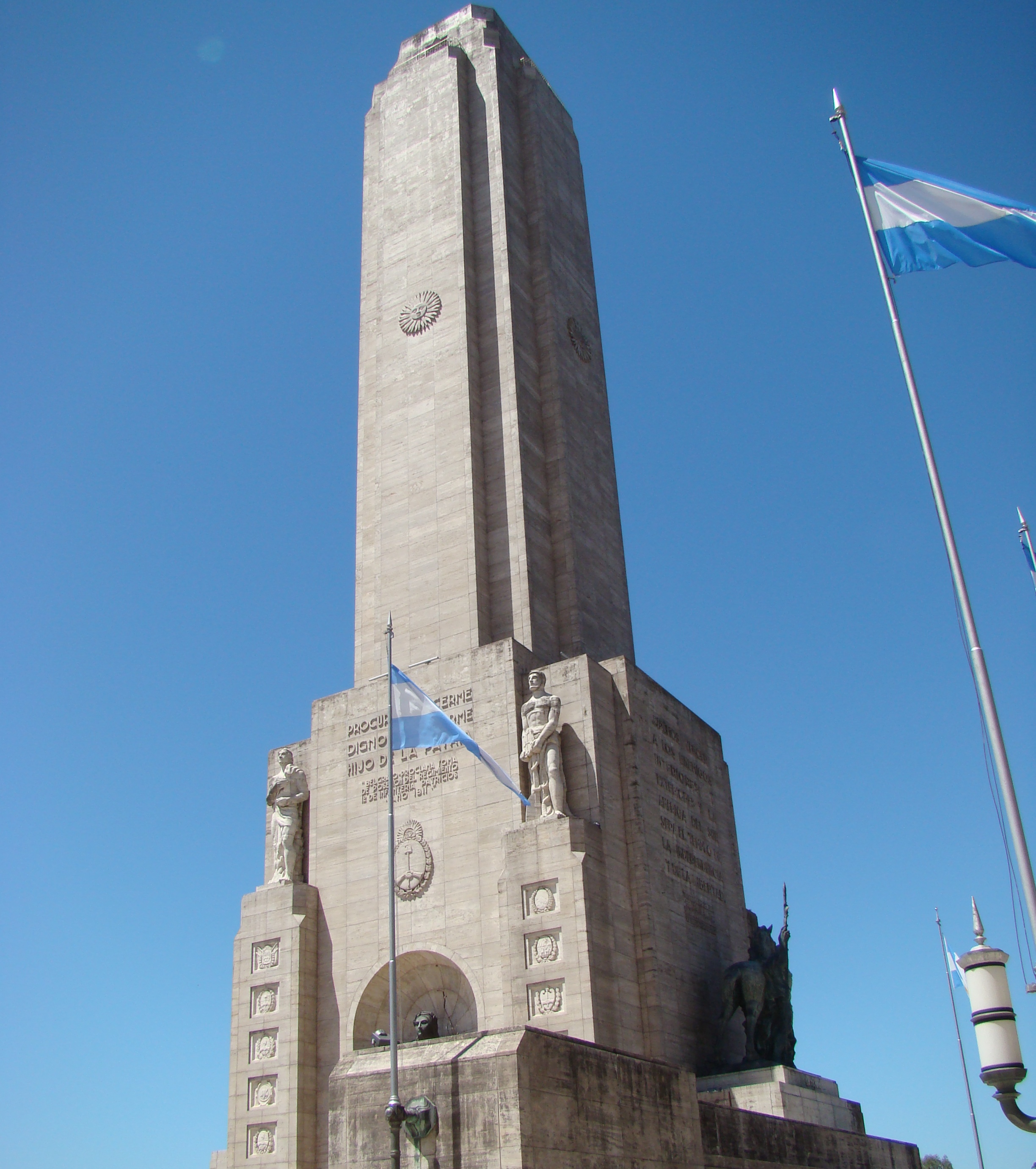 Historical Monument to the Flag

The National Historic Monument to the Flag is a simbol of the city of Rosario.  It is located in the place where the General Manuel Belgrano raised the Argentinean flag for the first time.

It has a 70m toer with a viewpoint at the top and in the basement it is placed the Hall of Honor to the Flags of America.

Basilica Cathedral our Lady of the Rosary

The Basilica is located in the oldest part of the city, at 789 Buenos Aires Street, next to the Palace of the Lions, seat of municipal government of the city, in front of the Plaza 25 de Mayo. The basilica dates from the late s. XIX It´s main altar was made with Carrara marble, it is originally from Italy. Entering through one of the side stairs, we access the subsoil and we find the Camarín de la Virgen, which can hold 150 people and was inaugurated in May 1925. The image of the Virgen del Rosario was brought from Cádiz, Spain in 1773 .

It is located on the geographic center of the city. It was the first park in the city inaugurated on January 1st, 1902. It has an artificial lake that can be covered in rowing boats, a rose garden dating from 1915 and several museums among other attractions.

25 de Mayo square is located in the civic center of the city. To the east there are located the municipal goverment of Rosario headquarters, a building known as the Palace of the Lions, and the Cathedral of our Lady of the Rosary, seat of the Archdiocese of Rosario.

How to go there

The Spain Park is a large sector near the coast of the Paraná River. It has a cultural center with a 500 seat theatre, three art galleries, a library, among other attractions.